Coach Desmond was born and raised in Lindsay, California where he started as a sophomore on the Cardinals HS varsity squad that went on to win three consecutive district championships. As a catcher and a starter in the pitching line-up for Porterville college, coach Aguirre earned All-State Honors. After transferring to the San Jose State Spartans he continued his college baseball career as a catcher until he graduated with a Bachelor of Science degree in Kinesiology in 1995.

I am a former Minor League baseball player. I attended Texas Tech University, where I grew attention for being the smallest in the ballpark but lightening quick. The Seattle Mariners drafted me in the 9th Round of the 2012 MLB Amateur Draft following my junior year. I played a total of four minor league seasons at various levels. I also played three seasons with the Seattle Mariners and finished my minor league career with the Cincinnati Reds. 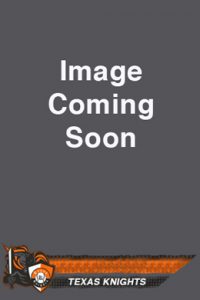 Ben is a native from Carrollton, Texas. He attended and played baseball at Hebron High School. Played two years at North Lake College in Irving, Texas and transferred to Lyon College in Batesville, Arkansas.

After completing his playing career he spent 3 years coaching at Lyon College. In his 3 seasons as pitching coach the staff broke the single season record for ERA. Lyon College won their 1st American Midwest Conference title and advanced to the NAIA National Championship 3 years in a row.

I started playing baseball at the age of 3 in Carolina Puerto Rico. I traveled to many places like Aruba, Panama, Orlando FL, Marion OH to represent Puerto Rico. I played baseball at a high school Montverde Academy where I played with big stars like Francisco Lindor and Javier Baez.